Explore an island of outstanding beauty and nature – not without reason it´s Germanys most popular island.

The island was comparatively late discovered as a tourist destination. In 1900 still, one could only get on the island by steamships and eventually by dinghy because the flat coast of the Baltic Sea made a landing of the steamships impossible. Passengers had to wade ashore and wet clothes were a certain possibility.

The 1906 construction of the piers in Binz and Sellin allowed tourists to safely step dry foot on the island.  This was the kickoff for tourism on the Baltic Sea island, and today more than ever, the two piers magically attract tourists.

Around 1908 coal-fired steamships (in the backgound of the picture) brought tourists as well as material to Sellin and Binz via Stralsund and Thiessow and landed here on the new pier. One of the boats was called “Glückauf” and  therefore it was obvious that our hotel founder named the hotel in 1908 after the steamship “Glückauf”. It is now 112 years since the founding and for that reason we can toast together: “Happy Birthday, Glückauf!”

Diving gondola at the Sellin pier

The port of Seedorf

The former fishing village Seedorf shines with an idyllic peace.

The harbor is due to its naturally protected location and the quick accessibility to the Greifswalder Bodden and the Baltic Sea very popular.

Moritzdorf belongs to the Baltic resort Sellin and is a jewel amid the biosphere reserve Southeast Rügen in an unusual aesthetic and quiet location. Discover this corner with your bike. 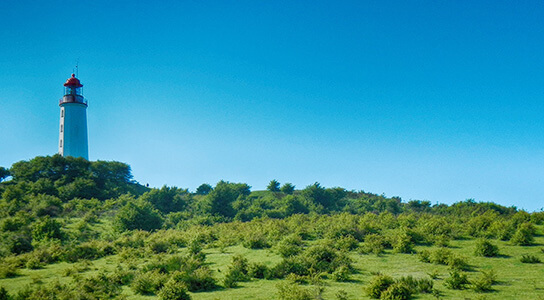 Even until today the island shows itself very unpretentious. Hiddensee neither has a promenade nor a pier, doesn´t have a spa hotel nor a wellness bath. Because Hiddensee is car-free you will only see horse-drawn carriages.

The Störtebecker festivals have always taken place since 1993 from the end of June until the beginning of September (if Corona allows it) at the shore of the “Großen Jasmunder Boddens” on the island Rügen. They are Germany´s most successful open-air-theatres. 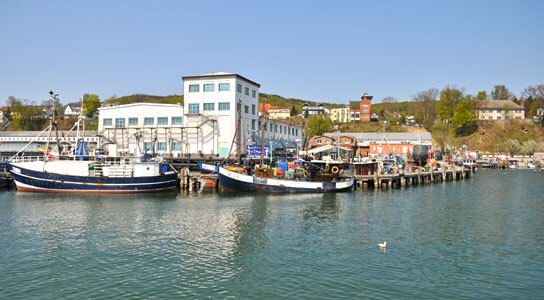 Fishing boats, sailors and excursion boats arrive and depart at the harbor daily and can be tracked from Rügen´s longest pier until the horizon.

Numerous museums, small restaurants and stores to shop and stroll around invite you.

This magic is almost unable to evade: The sunsets from the beaches in Sellin /Rügen offer you breathtaking moments almost every evening during summer. It couldn´t be any more romantic or beautiful when you experience this unique natural spectacle in a cozy togetherness. Whenever the sun has slowly sunken into the Baltic Sea, the rush of the world is forgotten. And the feel-good hormones can be let free. 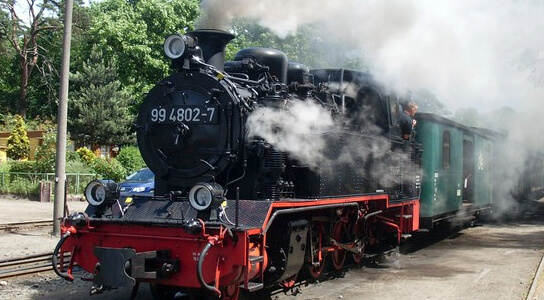 For this place and its sights to stay as beautiful as they are, eco-conscious thinking has priority. Learn more about this here.

With us your vacation is safe

Secure payments, support around the clock, and a booking guarantee with confidence

Feel as if you´re at home

Enjoy delicious meals and drinks on our new patio, in our restaurant or winter garden